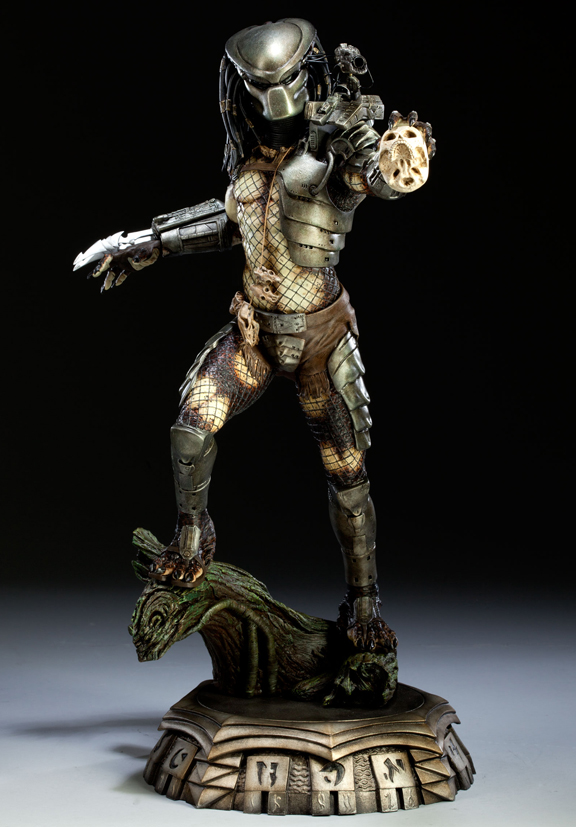 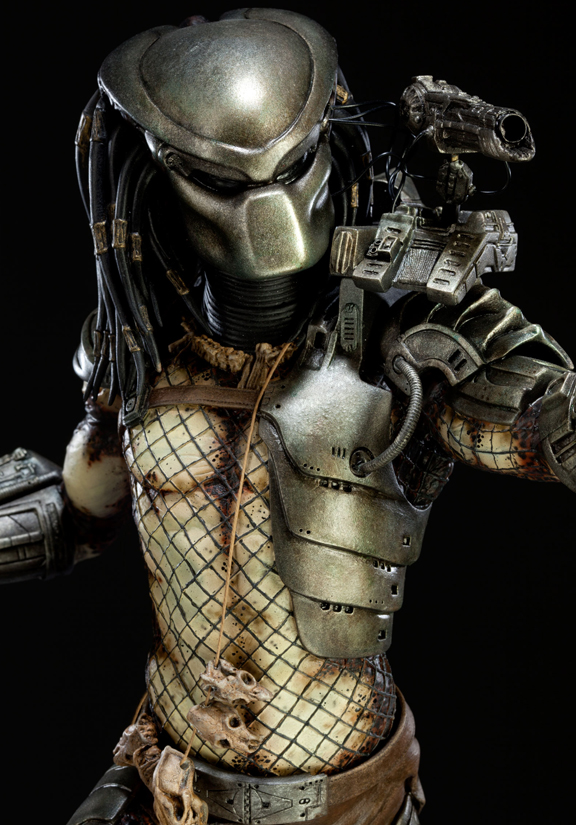 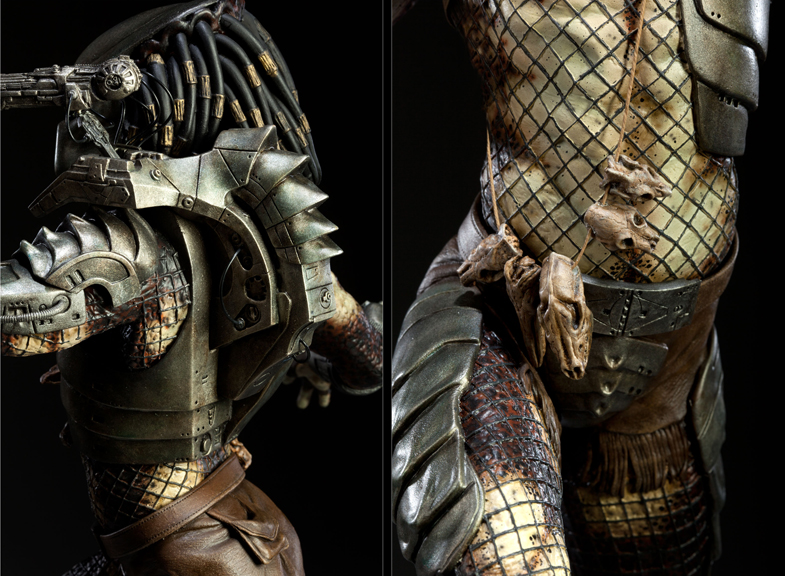 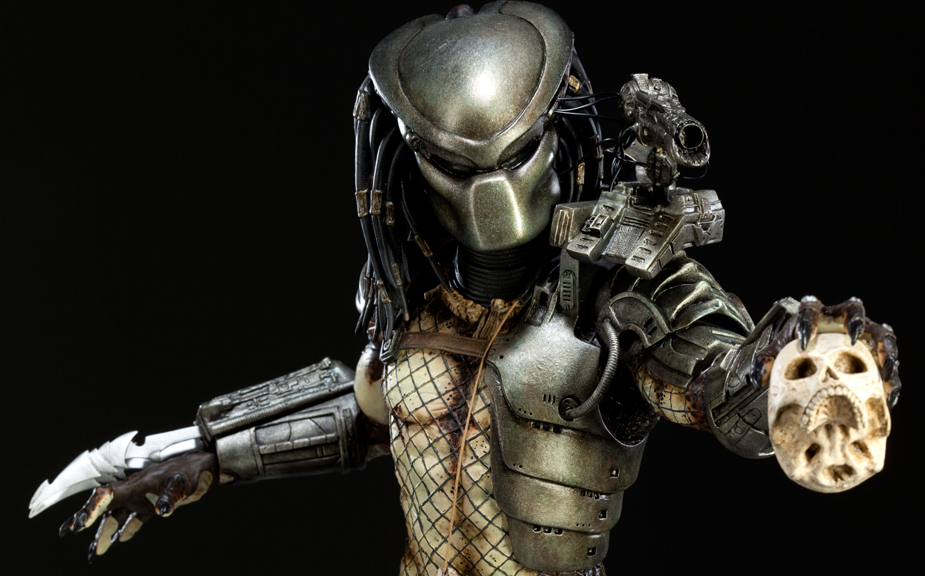 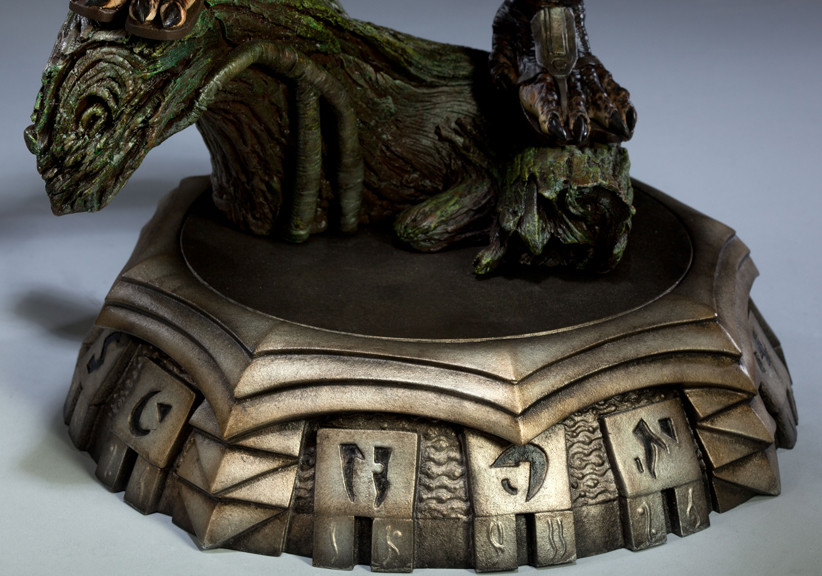 Joining Sideshow's show-stopping line of Predator collectibles is the Predator Statue, commemorating the first glimpse of the fearsome hunter from the classic 1987 film. Each piece measures approximately 20 inches tall and is individually painted and finished, each with its own unique quality and detail that is the trademark of a handcrafted Sideshow Collectibles product. Presented here in approximately 1:5 scale, featuring the signature Plasma Cannon and a human skull accessory, the Predator Statue is the perfect addition to any Predator legacy display.

A creature from a distant world, the Predator lives to fight, fights to win, and would sooner die than abandon the hunt. He is fearless, merciless and armed. Carrying an arsenal of advanced weaponry and technology and clothed in a suit that provides the perfect camouflage, he seeks only the most dangerous of game. He stalks his prey, collecting the skulls of victims as trophies and leaving bloody carnage in his wake. Though brutal, he is not without honor, hunting only that which is armed or capable of self-defense, for the sport is in the challenge. Whether it is an acid-blooded alien or an elite team of human commandos, the Predator is always up for a knock-down battle to the death.

Back to sales page    ORDER