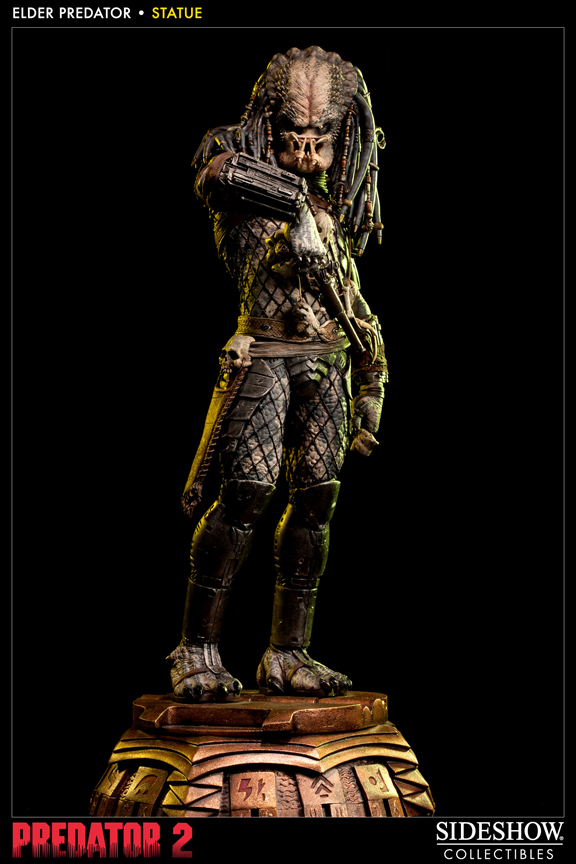 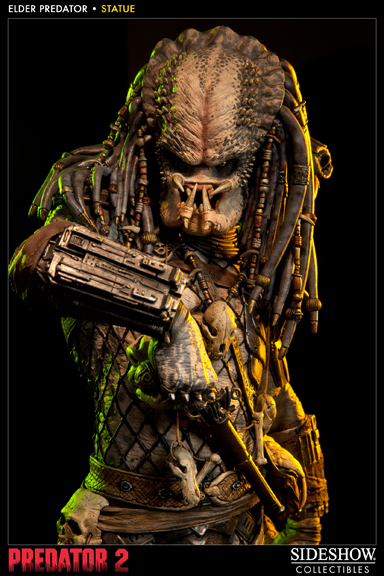 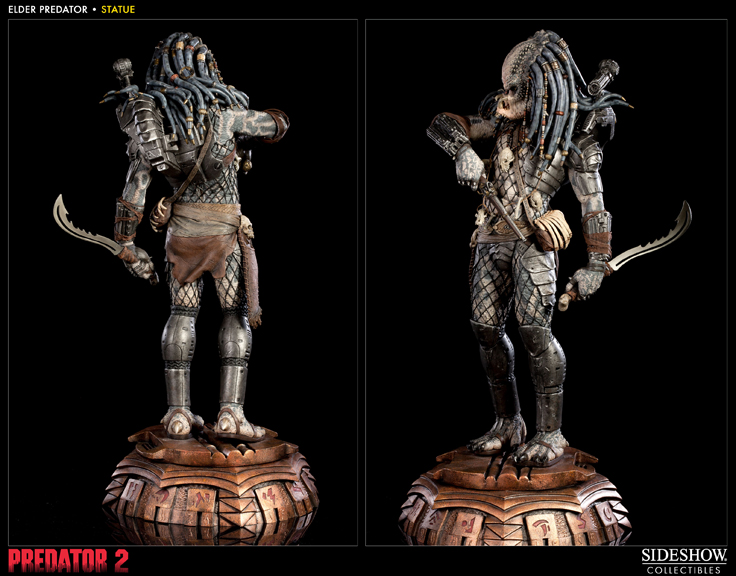 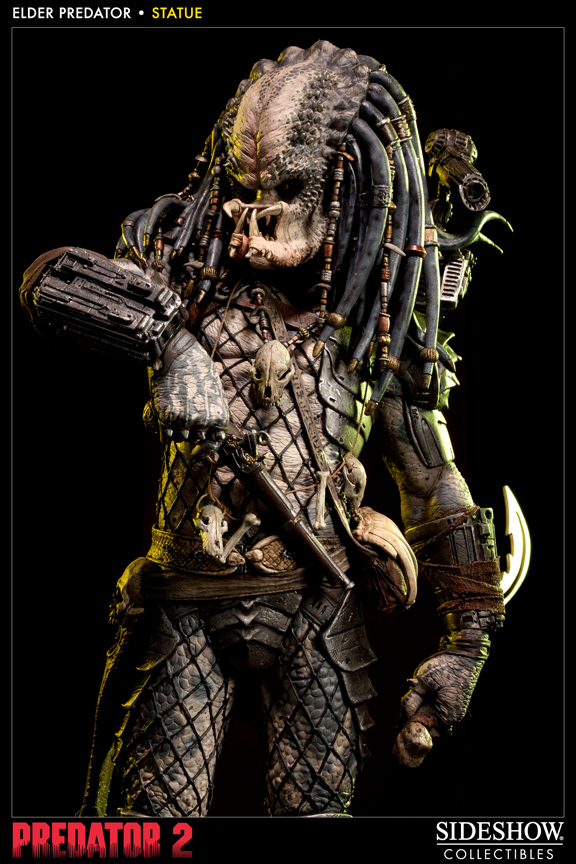 Sideshow Collectibles is proud to continue our exceptional line of Predator collectibles with the addition of the Elder Predator statue. Recreating one of the final scenes of the film Predator 2, the Elder Predator draws an antique flintlock pistol which is presented to Lt. Mike Harrigan as a sign of respect; acknowledging his victory over a Predator opponent. Standing over 19-inches tall, captured in approximately 1:5 scale, the Elder Predator polystone statue is finished with exacting attention to detail, making an outstanding addition to any collection.

A creature from a distant world, the Predator lives to fight, fights to win, and would sooner die than abandon the hunt. He is fearless, merciless and armed. Carrying an arsenal of advanced weaponry and technology and clothed in a suit that provides the perfect camouflage, he seeks only the most dangerous of game. He stalks his prey, collecting the skulls of victims as trophies and leaving bloody carnage in his wake. Though brutal, he is not without honor, hunting only that which is armed or capable of self-defense, for the sport is in the challenge. Whether it is an acid-blooded alien or an elite team of human commandos, the Predator is always up for a knock-down battle to the death.

Back to sales page    ORDER